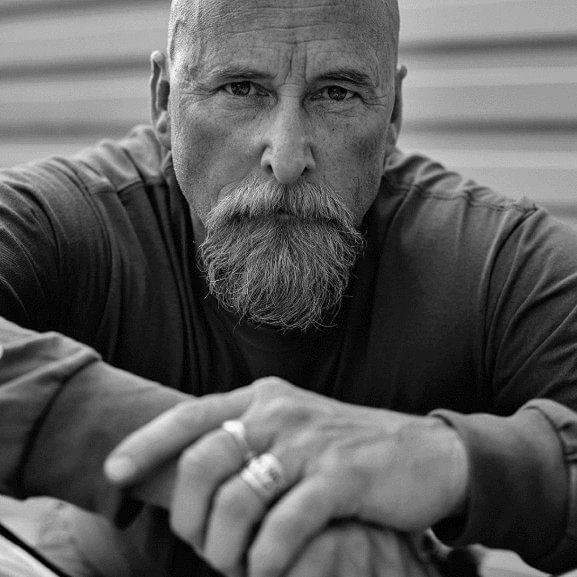 Scott Casey, born in Surrey British Columbia, Canada. Casey moved to 100 Mile House with his parents where he lived until he joined the Canadian Armed Forces.
At the age of 17 he signed his first Will & Testament as an infantryman with the Royal Canadian Regiment. The next 10 years would provide him with some interesting adventures; some scenic, others harrowing, dangerous and tragic. In 1992, he served as a peacekeeper in Croatia and Sarajevo, Bosnia Herzegovina. He was awarded the Commander in Chief’s Unit Commendation for actions while in Sarajevo. Those times etched a pathway to a life after service which include, becoming the President of Military Minds Inc., the worlds largest PTSD peer support organization for combat veterans and first responders. Casey is also the founder of The Rolling Barrage. An annual cross Canada motorcycle rally also in support of veterans and first responders living with the effects of trauma. A published author, Casey penned the biography, Ghostkeepers which enjoyed two #1 awards in Canadian Military History and Historical Biography in Canada. With his knowledge of PTSD, his work as a veterans advocate, and author, he is often called upon for public speaking engagements.
He continues his writing work as a monthly columnist for Pro Trucker Magazine. In his spare time, he has a full time job as a heavy equipment/shovel operator for Teck Resources, Highland Valley Copper.
Casey lives in Merritt BC with his spouse, Leslie, where they enjoy riding motorcycles, golf, and sport shooting.